Great rates at the Iberostar on Park Avenue

Kennedy Airport is east of Manhattan on the ocean side of Long Island.

Kennedy Airport has a AirTrain system that connects the six passenger terminals and other locations. Service is free between terminals. There is a $7.75 charge for the JFK train, if it is used to connect to the New York subway or Jamaica Long Island Railroad station.

The map is from the JFK Airport web site. 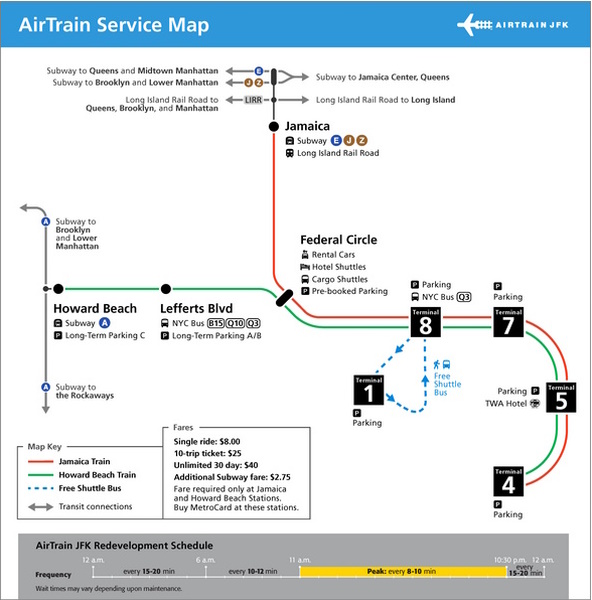 If you have too much luggage to use public transportation, we have private car and shuttle service here.

It is possible to ride two different city bus lines from the airport to connect with the subway system and avoid the $7.75 charge. More information is here

Highlights of things to do in New York.